Marie Curie, one of the most brilliant scientists in history, died on 4 July 1934, leaving behind several big scientific accomplishments, which led her to get two Nobel prizes, in Physics and Chemistry. Probably, she lost her life due to the harmful effects of radioactivity. 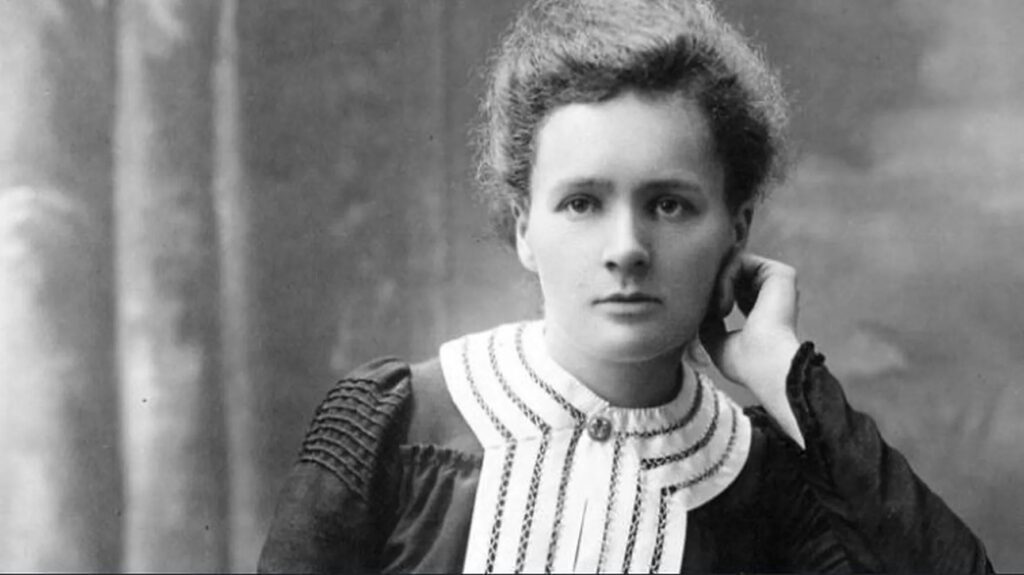 Her research life was closely related to that of her husband, Pierre Curie, who she married in 1895. They both threw themselves into their scientific tasks while taking care of their daughters Iréne and Eve. Marie showed interest in new types of radiation after discovering the existence of unknown radioactive elements, a term she coined.

In 1898, the couple made the announcement of the discovery of two new elements: polonium and radium. But they still had to work for almost five years in precarious conditions until they could demonstrate the validity of their discoveries. Finally, this discovery was awarded the Nobel Prize in Physics in 1903.

The Nobel came along with fame and recognition. Pierre was appointed full university professor at the University of Paris, a post that Marie received after her husband’s death in 1906 as a consequence of a horse chariot wreck.  This tragic fact did not stop this Polish scientist to keep on continuing her research, while she taught at the French university. Her works on radium and its compounds led her to get another Nobel Prize, but this time in Chemistry. It was 1911, and a woman scientist had made history, so much so that her legacy is still very present almost 100 years after her death. Tadeusz Estricher, a historian, qualified her work as fundamental for the world’s development during the 20th and 21st Centuries.

is at the forefront of energy production and medical diagnosis today.

This site uses Akismet to reduce spam. Learn how your comment data is processed.