On 8 July, the European Commission adopted the EU Hydrogen Strategy, which sets out how hydrogen can support the decarbonisation of industry, transport, power generation and buildings. The strategy addresses the investments, regulation, market creation, and research and innovation required to enable this. 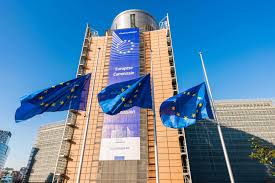 “Hydrogen can power sectors that are not suitable for electrification and provide storage to balance variable renewable energy flows, but this can only be achieved with coordinated action between the public and private sector, at EU level,” the Commission said. “The priority is to develop renewable hydrogen, produced using mainly wind and solar energy. However, in the short and medium term other forms of low-carbon hydrogen are needed to rapidly reduce emissions and support the development of a viable market,” it added.

The strategy defines ‘renewable hydrogen’ as “hydrogen produced through the electrolysis of water (in an electrolyser, powered by electricity), and with the electricity stemming from renewable sources. It says ‘low-carbon hydrogen’ “encompasses fossil-based hydrogen with carbon capture and electricity-based hydrogen, with significantly reduced full life-cycle greenhouse gas emissions compared to existing hydrogen production.” The strategy, however, did not specifically mention nuclear power among low-carbon electricity sources.

The European Commission wants hydrogen to be complementary to a renewables-based energy system with renewable electricity at its core, Marques told the European Parliament’s committee on environment, public health and food safety.